Cookbooks - A History in Recipes 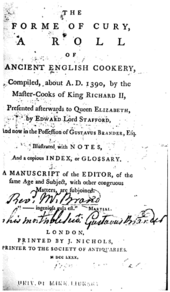 I love cookbooks - I even collect them. I read them like other people read novels and I have a bit over 100 (I never really counted them and the number includes also the thin Australian Women Weekly's) by now.

Cookbooks were originally just a collection of recipes for kitchen personnel in high class houses and passed on to junior cooks to train them how to cook the favourite dishes for their employers. Of course, mothers took notes of the dishes they cooked to provide their daughters with the necessary skills to fulfil their 'duties' as a young housewife. These collections don't give much insight of the social or cultural standings other than the way the different classes were cooking.

The oldest known collection of recipes in Europe that has survived is the De re coquinaria which was written in Latin. Written in 1390, the oldest printed cookbook in the world contained 196 recipes from the kitchen of Richard II of England and a recipe from this book 'GEESE IN HODGEPODGE' starts like this: 'Take geese and smite them into pieces. Cast them into the pot and do thereto half wine and half water'. A lot has changed since I'd say :-). 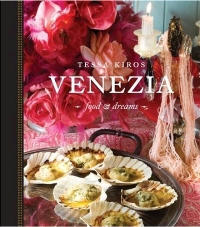 At the start, cookbooks were just simply a collection of recipes - some had a few drawings in them - photos in later times. Most of them weren't poetic or anything but recipes - today, we have wonderful writers like Nigella Lawson, Denis Cotter & Tessa Kiros whose books are a wonderful mirror of their love of food. Food stylists & professional photographer are now involved to show the food in its best light. Awards are given out for best food writer - you don't have to be a chef to write a cookbook these days. Every magazine and newspaper has now their own food correspondent and everyone seems to be a food critic. Blogs like this are shooting up like mushrooms and the passion around food seems to be growing.

The modern cook will find recipes online, RTE food,  Delia Online and BBC Good Food are just a few examples. If you have a smart phone or an iPad - you can download online recipe collection from almost every chef.

Despite all the online sources, nothing will replace my beloved cookbooks. Do you have a favourite cookbook??? Let me know which one.
Posted by Elke at 2:00 AM